Back in the 1950’s, there were only 3 stores dedicated to merchandising automotive parts and supplies in Cagayan de Oro City, and Jose Lim Tian Tia (Auto Parts) located in Burgos St. was one of it.

It was then in the 70’s when the business was slowly realizing its vision to reach for a wider market and changed its name to Joesons Commercial Co., Inc. The company likewise moved to a more strategic location in JR Borja St.

In the 90’s, Joesons Commercial rented a 4-storey building in Brgy. Lapasan which they later acquired.

As the car industry and demand of surplus retail market grew, Joesons Commercial expanded to the second hand surplus business in 2002 which include engine, cowl, differential and transmission. Joesons Commercial opened two more retail stores along Osmena Street in 2007 and 2008 respectively.

For more than 70 years, the company has already established the credibility of bringing the best quality products to its clients at a reasonable cost. Today, it continues to offer the largest selection of brand new and surplus automotive parts in the city and its neighboring provinces.

In 2013, Joesons Commercial opened its 4th branch on its newly-constructed building along Osmeña St which became the main store and corporate headquarter.

At present, the company has three (3) stores operating; two in Osmena st., and one in Lapasan, Cagayan de Oro City. Joesons also has its surplus warehouse located in Lapasan specialized in merchandising surplus engines, transmission, among others.

Despite the progress, the foundation of the Joesons Commercial as a family-owned company remains firm. It continues to develop and expand its reach without compromising quality, good customer service and affordability. 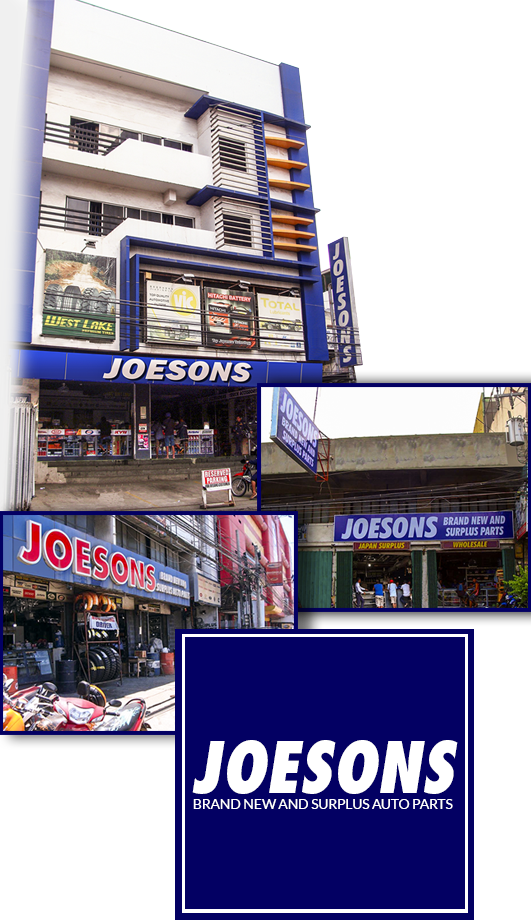 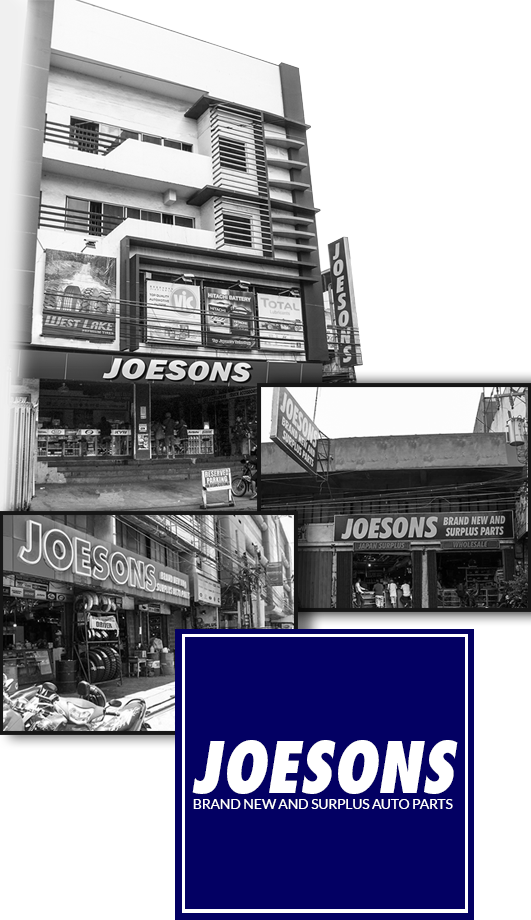 To be the leading supplier of brand new and surplus automotive parts in the region.

We, driven by our desire to serve, hereby commit ourselves to: